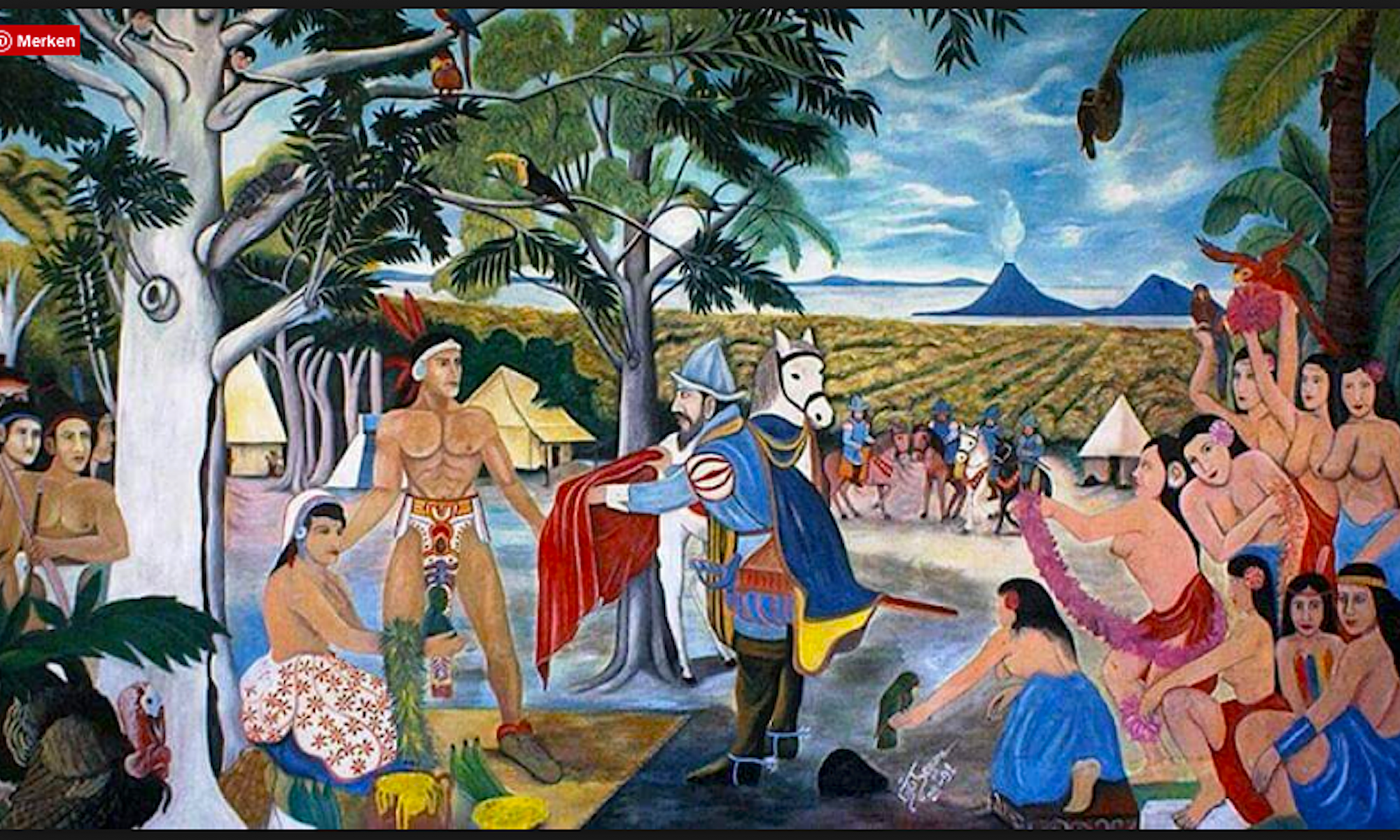 Costa Rica – Where are you going?

The world is changing and not necessarily for the better. Costa Rica is changing, too. Therefore our question: Is Costa Rica still pura vida?

In the last 30 years the lightness and tranquility of the inhabitants of Costa Rica has diminished. At least the life in the metropolises is more stressful as well as more exhausting. The share of industrially produced food has risen dramatically, which is bad for the health.

Road traffic has also increased considerably. According to a study by the university of Costa Rica, the inhabitants of the capital San José inhale many pollutants from car exhaust gases. So much as if they smoked two packs of cigarettes a day.

In the provinces, for example in Guanacaste, the clocks tick differently and the atmosphere is much more relaxed. The people are friendly, open and helpful. In the Nicoya region, one of the blue zones of the world, the people become surprisingly old and vital. Probably because of the preserved nature, enough exercise and the lack of stress.

More information about life in Costa Rica can be found here.

We wish all Costa Rica fans a great 2019! We hope your dreams will come true. Is one of them to visit us this year? 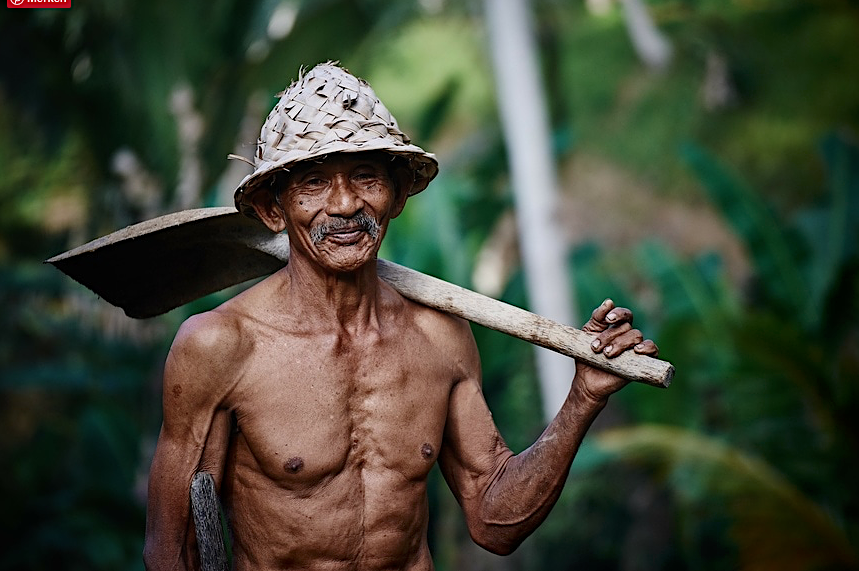 Working on the fields in Costa Rica keeps you healthy[/caption]

If you are planning a trip to Costa Rica or are interested in the Central American Republic, this website contains some Costa Rica travel information and travel reports about the national parks and news.

The Democratic Republic of Central America, Costa Rica, is located in the tropics. Between Nicaragua in the North and Panama in the South. It has a size of about 19.559 square miles. And the distance between the oceans is only about 119 km at its narrowest point. The highest point of the country is the Chiripó (12.532 ft), which is located on the Cordillera de Talamanca.

There are some small islands which belong to Costa Rica: La Noita in the Caribbean Sea, Chira, Isla del Caño and Isla del Coco in the Pacific Ocean. The country is divided into seven provinces (Alajuela, Cartago, Guanacaste, Heredia, Limón, Puntarenas and San José).

Approximately 400.000 Indians were living in Costa Rica, when in 1502 Christopher Columbus went ashore. Furthermore, there were four different Indian tribes: the Caribs on the East coast, the Borucas, the Chibchas and the Diquis in the Southwest. Some years later, the Spanish conquistadors tried to colonize the country systematically. However, when they detected, that the country had almost no raw material plus an insignificant strategic position, they classified Costa Rica as a subordinate colony. Soon, the city of Cartago was founded and remained the capital of Costa Rica until 1823.

Two years before, in 1821, Costa Rica finally became independent, after it had belonged to Mexico for 2 years. Except of the military dictatorship by Tomás Guard, which lasted from 1870 to 1882. The country became one of the largest democratic republics in Latin America. Since 1949 it has no longer owned any armed forces. In addition, Costa Rica has the image to be one of the most stable and least corrupt countries in Latin America. When it comes to corruption, even its Presidents could go to court or finally to jail.

The national environmental problems are created by the cutting of the forests for agricultural purposes. Once, Costa Rica was completely forested. But then, between 1990 and 1995, it lost an average of 3% of its forest area. And finally reduced the total area to 25%. Another problem is the contamination of the soil by fertilizers and pesticides. In 1973 the Ministry of Health got the power to control the pollution of the environment.

However, there was not enough money and staff to ensure effective controls. Also in terms of waste disposal, there are still many unsolved problems. Recycling solutions are still at the beginning. In addition to that, there are more and more international environmental problems. Like the global climate change and the warming of the oceans. Even more storms and hurricanes originate in the oceans. They cause toxic algae education, which then threatens sea dweller.

In June 2009 physicians and researchers have again warned of health and environmental problems. Which are increasing due to the climate change. Moreover, the economic damage from climate change is far greater than the current economic crisis. The Health Organization has now recognized the influenza A (H1N1 virus) as a global epidemic. More than 30.000 people have fallen ill worldwide (by 11.06.2009). When it comes to environmental matters, Costa Rica is far ahead of other countries.

The conservation of the nature plays a big role in Costa Rica. No other country has such an impressive range of protected areas of different categories. In 2003, the Ministry of the Environment and Energy of Costa Rica (MINAE) published a survey. It says that the country has about 256 protected areas. 25% of the land area is protected, whether in reserves or national parks.

Costa Rica has become an exemplary country of natural tourism. Especially when Nobel- Peace- Prize- winner Óscar Arias Sánchez became President in 2006. He immediately announced, to fight radical against the environmental destruction. And  also to make a policy, which will not harm nature but instead create some harmony between environment and economy.

The government of Laura Chinchilla (2010-2014) first was celebrated. But later the government, for example because of their money collection laws, became one of the most unpopular governments in Latin America. In the presidential elections on the 6th of April 2014, Luis Guillermo Solís got 77.88 % of the votes. His goals were to fight against corruption and social inequality, and the people backed him with great hopes.

The presidential election in Costa Rica at the end of February 2018 was surprisingly won by Carlos Alvarado Quesada. He is a member of the Citizen Action Party (PAC). Which the previous head of government Luis Guillermo Solís belongs to. But the old president Solís was unable to run again. Because the Costa Rican constitution does not provide for a direct re-election of the president.

On the 5th of September, 2012 there was an earthquake measuring 7.6 in Costa Rica. Amazingly, it only caused very little damage. Two deaths and scattered building damage were reported. It was followed by several aftershocks, which almost did not cause any damage.

There was an earthquake of 5.8 on the magnitude scale on the 5th of September 2013. It remembered the residents of Guanacaste of the earthquake one year ago. Apparently due to the hard soil structure, there was nearly no damage.

Life expectancy and quality of life

Costa Rica is at the top of the Happy Planet Index (HPI). An index of human well-being and environmental impact. It was introduced by the New Economics Foundation (NEF) in July 2006.

In the 2012 ranking, Costa Rica ranks first for the second consecutive year. Not  at least because of its very high life expectancy and quality of life. Happy people. But also here the national debt with 65% GDP (2018) is going higher and higher. As it is everywhere in the world.

If you want to take a trip to Costa Rica, we highly recommend the Ecolodge in Guanacaste.